‘CHICKEN BIRIYANI’ : Any keralite who is a non vegetarian cannot resist this delicious meal cooked with rice ,chicken and spices !!!

Chicken biriyani – the quintessential dish of an urban native of Kerala , India. Those of you who want to know more about this dish can refer to Wikepedia ; Here is the link :  http://en.wikipedia.org/wiki/Biryani

In Kerala , any day of celebration is incomplete without this dish …whether it is a birthday party , or your marriage reception.  The wedding day feast is usually restricted to a vegetarian feast called Sadhya , served on plantain leaf , ( http://en.wikipedia.org/wiki/Sadya ) . At home we cook Biriyani , when we have some special guests over for lunch or even dinner ,for that matter…And everybody loves it….

Since I can be called an omnivore the one thing I will never eat or even like to taste are the creepy crawly worms and other insects ,which are served as delicacies in various parts of India ,China ,Thailand etc…..

A few days back , I was nominated for the LIEBSTER AWARD…And being a recent blogger , it makes me happy and motivates me…But for some reason , since I had been at a place with erratic net connectivity when I was nominated , I couldn’t respond to it…Thank you so much  writenlive ( http://sonaonline.wordpress.com/ )for the nomination !!! Do check out her blog and the other blogs she nominated…

Now for the rules:

1. Link and thank the person who nominated you

2. Answer the questions they asked you

3. Pick eleven awesome bloggers to nominate ( preferably those with less than or around

5. Let them know by commenting on one of their posts

HERE ARE THE QUESTIONS I WAS ASKED :

ME : Well , that depends on the way you look at me…..’beauty lies in the eyes of the beholder !’

2. Which is your favourite inspirational quote?

3. What would you love to eat on a vacation?

ME: Seafood any day !

4. Which is your preferred holiday destination-beach or hills?

5. What makes you happy?

ME: The fact that I am alive ,to experience this wonderful world makes me happy !

ME: Well ,until now it was to write this post…but now , I have to find something new 🙂

ME :So many…but if asked to name one , it will be gone with the wind by Margaret mitchell . The story of Rhett butler and Scarlett o’hara still moves me to tears…….

8. If you were asked to donate to a charity, which one would it be?

ME: CRY ( CHILDREN’S RIGHTS AND YOU )

9. Which do you prefer for company-children or pets?

11. Which is the biggest obstacle you have faced in your life?

ME : Nothing big enough to mention here…

HERE ARE MY QUESTIONS TO THE PEOPLE I HAVE NOMINATED :

AND HERE ARE ELEVEN AWESOME BLOGS I HAVE NOMINATED :

The crepuscular rays give way….

to the darkness that befalls…

the orb of the night ,is here to stay

till the brilliant sun comes to call….

with stars of silvery gleam

The world a silent spectator

to this nature’s hide and seek………

Oh…night ! you are  teeming with secrets ;

Witness to many a  rendezvous ,clandestine..

you have seen it all……yet stood speechless ;

To stay tight-lipped you are destined…

THIS PICTURE WAS TAKEN IN GOA , IN A BEACH SHACK – ROMANTIC ,ISN’T IT ?

Yet there is beauty in your solitude ;

you have been a symbol of romance…

embracing nature , in a passionate dance………

The night is no enemy of the light..

Because to know , how beautiful is ‘bright’ …

If interested , you may also have a look at my rain photography pics at  :

If you had to come up with one question, the answer to which would determine whether or not you could be friends with a person you’ve just met, what would it be? What would the right answer be?

If I want to know you well …

to see if we would  ,together gel ;

I would instantly ask  you to ;

‘describe’ yourself in words , true .

That, I think ,will help me learn…

more about you ,and perhaps have fun !

this liaison , I shall without ado ,break !

And if your description ,matches my taste ;

then I shall pledge my friendship , in haste…

For, If I think you are modest and kind..;

I’d know ,a better friend I would never find….

I expect a friend to be down to earth ;

A friend who is honest  and faithful ,to the core ;

It started raining unexpectedly today…So I decided to try and capture some of the beauty through my phone lens…though I don’t think I could do full justice to the rain soaked splendour of nature ….Here are a few…hope you enjoy them…:)

I concluded , my Saturday night , watching  the English horror flick, ‘The conjuring’ . Well , I was spooked out , though not to the ‘level’ I expected. In fact ,that night I decided against sleeping in my  bedroom ,which is on the first floor , not because I ‘WAS’ scared , but because ‘I was scared by the prospect of being scared !’….

I have always been fascinated with anything to do with the paranormal – books, movies, real life stories…anything that has an element of horror in it , ( but spare me those, that involve  blood and gore ! )

The very word ‘paranormal’ , sends a chill down my spine..yet it is a word that arouses my interest  and thrills me to the core !  ( Am not sure , if I would feel the same , when I actually, come face to face with  a ghost  ! )

Today morning , one of my friends on facebook ,happened to put up a post , narrating ,the paranormal experience of a family friend . That is what got me thinking , and I decided ,that it was time ,I penned down my thoughts on the same , and probably even narrate a few experiences !

Though my family has never been the  excessively conservative or superstitious lot , they have had their share of unearthly stories , to relate and I am always all ears………..

My paternal grandfather was a District Collector , and his job ,having been a transferable one , took him to different parts of the state. Most of these houses ( owned by the government ) were old , belonging to the British era and told their own story. Among them ,there was one , a palatial bungalow , previously owned by the British,  which had a ‘ballroom‘ where the British officers used to dance ,with their ladies. Members of the family claim to have heard sounds of dance and music  , coming from that age old ‘ball room’  , while they were residing there….The truth of it , still a mystery..

There was another haunted house ,they happened to stay in , the stories of which , my father and his siblings never tire of narrating . And they were a little spine-tingling , to say the least. Incidents of someone , swinging them , nudging at their toes while sleeping, on a particular cement seating ( like a platform ) in the night etc were common , during their stay in the house…Once my grandmother , going into the kitchen , to cook breakfast ,at dawn , saw the apparition of a woman inside . Mistaking it  for  her sister-in-law , my grandmother did some ‘small talk’ with this ‘entity’, and without waiting to see her face ,left the kitchen , only to see her sister-in-law , standing outside . Petrified , she enquired  about it from her , only to learn that latter hadn’t visited the kitchen ,as yet ! 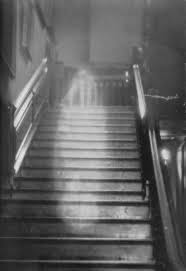 Further investigations revealed ,that the owner of the house had died in an accident in another city , following which his wife and daughters had decided to give up their lives too……..Whether their depressed souls , went on to become ‘spirits’ , that would haunt the house , for eternity ,only god would know !

I have not , in actual physical terms , encountered ,what one would label ,in our world as a ‘spectre’ or a ‘ghost’.. But , if feeling ,or sensing their presence was enough to satisfy our curious minds , then perhaps , I have…………

This happened about eleven years back…When I was pursuing by degree in sociology and wasn’t married………We had just shifted base ,from ‘Delhi’ ( the Indian capital ) ,to Kerala , my native state. After a long, tedious process of house hunting , my parents settled on one…….It was a decent bungalow ( not so much to our tastes ,as our own house , many districts away in the north of Kerala ) , yet something we could make do , for the few years that we would be here. Soon ,we moved in… From the the very first time that we stepped into the house , we were infused with an inexplicable , queer feeling of unease…The house  , though spacious , was a little dark and gloomy inside . The musty smell that hit us , as soon as we entered ,was overpowering. As we settled down in the house , something did not seem right. Some kind of negative energy surrounded us . Though , it didn’t so much affect us ,as it did my father and to some extent ,my mother . Ever since we moved in ,my father had slept little …Whatever sleep he got was troubled . My mom ,for the first time in her life , forgot the verses of a prayer she had been chanting since childhood ( and that was enough to convince her of ‘ an unwanted presence’ ! )

I , too ,felt as though I was being watched all the time , that creepy feeling you get when someone is staring at you ,even if you have your back turned to them !!! ( but yeah ,you could call it a figment of my imagination too ! )

When things got a little too much , ( my parents having consulted a family astrologer who asked them to vacate the house immediately ) , we decided to move out. On the last day ,while bidding farewell to our ‘not so friendly’ neighbours , they asked us if anything went wrong..Confused,my parents asked them about it…Their stories , tallied .

The truth was out…The owner’s wife had apparently ,committed suicide there ,following which anyone who came to stay in the house , could not do so for too long ,owing to an accident or some other unpleasant incident befalling them !

By that logic , we had escaped the ill fate of the previous tenants , by God’s grace……..

I do not know if there are anything called ghosts , in real life…But ,after this incident , I did start believing in ,what I would rather call a ‘NEGATIVE ENERGY’… just as I believe there is a ‘Positive energy’ , which we call God………..

As for me , these uncanny experiences ,continue to provide , a sense of thrill and of course , more topics to write on !

Has any of you encountered similar ‘ghostly’ experiences ? What is your take on the subject of ‘ghosts and paranormal ‘ ?  Are these supposed ‘spirits’ for real , or are they merely the works of an overactive imagination….? Do fill me in ,with your feedbacks and stories…………

The first edition of ‘LOSS OF THE S.S TITANIC – ITS STORY AND ITS LESSONS’… written in June , 1912, only nine weeks after the Titanic tragedy of April,1912 , by one of the survivors ,Lawrence Beesley. This picture was taken in the library of the ‘Taj Falaknuma Palace'( now a hotel ) , Hyderabad , India

This Antique clock was manufactured by THE EAST INDIA COMPANY , CALCUTTA . This photo was taken at the ‘Taj Falaknuma Palace’ ( hotel ) in Hyderabad ,India

lest I stray away ;

Besides me , you must stand…

Guard me well , my father

and walk with me today ;

I will stay your little toddler ..,

Laugh with me , dear dad

keep all dangers at bay ;

Lets be funny together , my father

lets make it a good day ;

Teach me things that will make me glad ,