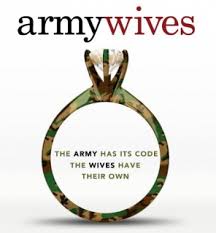 They are cool, they are classy

They are smart, they are sassy

They are friendly and fun

They are bold & beautiful women

Army wives are a class apart- the backbone of their family, a source of inspiration for friends, and motivational factor for the nation as a whole.

Once you are wedded to the olive green, you earn yourself a new extended family. And just like any other family this one also has all kinds of people, with vivid, unique and sometimes unbearable attributes. Being an army wife our encounters are almost often with other army wives, some of whom you remember your entire lives for the love and warmth they shower on you, right from your early ‘bride’ days, while there are others you never forget for completely different reasons….

Here is a list of the different ‘kinds’ of army wives one may bump into during the husband’s service years (you are free to add to this list in the commentbox !). :

So do not be surprised at the uncanny resemblance their home decor shares with yours or at similar choices in footwear or clothing (what coincidence!), instead take it as a compliment. 😉

So if you are the type of person who prefers to stay positive and satisfied with what life offers you, beware of the Grumbling granny!

5.The Master Chef: The liberal army rations enable one to experiment with a lot of ingredients and hence, most ladies in the army are good with baking and cookery in general (exceptions are always there!). The frequent parties, both at home and outside along with travel to far off places, help the ladies in the army to hone their culinary skills to perfection. But even among these reasonably good cooks, is present a superior breed of exceptional chefs, with extraordinary skills in preparing gastronomic delights that can give even a Michelin star Chef a run for his money. It is always a pleasure to meet such women and learn from them!

So my advice would be not to feed their greedy minds or indulge in any unfruitful dialogues with the likes of these.

You may graciously accept the compliments that come your way, but with a pinch of salt. Genuine compliments motivate but false flattery misleads one into believing things about one self that are           not  true, creating a false ‘self image’. Learn to differentiate between actual fans and buttering beauties!

10.   The ‘Gazillion tasker’ : Though most wives in the army are good at  juggling two or more responsibilities     together, either by choice or by sheer lack of it, there is one particular breed of Army wives that are extraordinary in the way they handle the different priorities of life with unmatched flair . Such women never cease to amaze me  as they go about their varied jobs, multitasking between their responsibilities as a wife , a mother, an entrepreneur, an artist and a zillion other activities with elan . Their energy serves as a true inspiration to a lot of women who strive to emulate them, albeit, not so successfully!

Apart from the above mentioned categories there are a few others too….like…. the ones that open up a blog and imagine they have become a writer! 😉

So which ‘kind’ are you?

The brilliance of the ‘bride’ almost blinded me…Okay…well at least it made me turn away my gaze from the stage ,where she sat , covered in the yellow metal ,from head to toe…,beads of perspiration forming on her forehead.

The sultry south Indian summer , coupled with the uncomfortable silk attire and the hot flash of the video camera , was beginning to annoy me as I sat there ,draped in my ‘silkish’ best . I was drenched in sweat and my heavy saree clung to my body , making it worse .

For a second , I had the strong , uncontrollable urge to pull out my ‘gold necklace’ , that now seemed to tighten around my neck like a noose , and shove it into the air…But then , it lasted only for a teeny weeny moment….The very next moment I was ready to penalize myself for my impulsive thought ! After all the necklace was a gift from my fiancé…

As my eyes explored the crowds of people that thronged the auditorium , they couldn’t escape noticing the ‘fairer creatures’ among them.. Stunning women , looking resplendent , in their bright Kanchipuram sarees , and jewellery  that dazzled as they turned around. I felt my hand , move to  touch my own necklace , almost instantly…..and with an almost sudden , and quick action of my fingers , set it right , for all to see…

It was a beautiful gold and emerald necklace…As a famous advertisement tagline went..‘Neighbour’s envy….owner’s pride !’…

Just then I saw a lady in a mustard saree , oggle me..or perhaps it was the necklace that gathered her attention ! I could see those hazel brown eyes turns green with envy..Though caught unawares first..I was starting to enjoy her resentment…And then all of a sudden she turned away , to join back a group of ladies , with whom she had been in conversation earlier…thus disappointing me immensely..

As I was about to turn around , giving up all hopes of attracting any further attention , from that section of women , the situation changed. I was presently under the scrutiny of a dozen eyes , and could hear them speak to each other in hushed tones…Although despite my best attempts , I was not able to decipher their mumbled mutterings !

The lady in mustard , was apparently the leader of the pack that was now studying  her , from close quarters. Some of you may argue that , a ‘pack’ is more appropriate to refer to a group of wolves , not civilized ladies ! But then ,these ladies did give me an impression of hungry wolves ,eyeing a prey !

My jubilation was put to an abrupt end as one of them , beckoned the rest of  the group , to her side,using gestures of the hand ..{ reminding me of a Bharata natyam ( a form of south Indian classical dance ) dancer }

The ‘greedy’ pack soon disappeared without a trace…

As I walked across the hall , I could see all eyes settle on me , some even followed. And I rejoiced it all….

I then proceeded towards the dining area , where I relished every morsel of the sumptuous spread , served to me on plantain leaf…Even as I licked my fingers , at the end of my meal , I could see eyes , mostly those of women , stare at me from all corners…some seemed like they would blurt out an exclamation any moment !

So my necklace was a hit…my heart swelled with pride and I beamed with happiness !

By the time I reached home , it was about 3 in the afternoon. As soon as I stepped inside and slumped myself on the couch , my mom appeared from inside the bedroom…

I could see an air of nervousness about her , which was kind of unusual . As she fumbled for words , I asked her what the matter was…

Without uttering a word from her mouth , that seemed have curved itself into a frown , she pointed towards my neck…or so I thought..till I saw it..

My eyes opened wide, in a mixed expression of horror and embarrassment , as they beheld  a gaping hole , on the saree , just below the place where it was pinned , on the left side of my shoulder ! Very close to the necklace……..

‘It happened in the morning , while I was ironing it and I was about to tell you so …But that is when I got that call informing me that your uncle was in the hospital and I left in a tearing hurry ! The matter had completely skipped my mind , till I got back an hour ago , and realized my faux pas………..………’

As my mother , went on with her explanations and apologies , my mind raced back  in time…..rewinding….

‘I had woken up late,as I had forgotten to switch my phone alarm on. In my hurry to reach the venue on time , I had  given only a fleeting glance at the mirror . And clambering onto my car, had driven away in haste ..………..’