I wish to capture

so when this moment

For my first entry to the Weekly Photo Challenge – Ephemeral , please click  HERE

As she let him

of her own body & mind

she felt herself lost

in the maze of her

For wherever she looked

inside her mortal body

his face had replaced her’s

he was breathing in her body

and she no longer existed.

Once again, a group of writers from different geographical realms encompassing all of Earth gather together to create a wonderful story. The photograph above serves as the inspirational theme for the 6th Flash Fiction Chain hosted by Jithin of ProTraBlogger. Give his beautiful site a visit and feast your eyes on the inspirational photos or read about his adventures.

A comprehensive list of important characters in the story:

Adam – Owner of Adam and Eve’s

I am entrusted to write  Part 6 of the story… To understand the flow of the story, it is best to read the first five parts before reading this one.

She fell asleep and dreamed  of flowers, bells and……. love….

Once again Anna was back in the garden…The sweet , intoxicating scent of roses , wafted in the cool , night air . As  Anna stood there watching the silver orb , now gradually hiding behind the grey clouds , she heard a rustle behind her . Anna turned around to look . She saw the shadow of a tall man , walking towards her from the other side of the garden.

Anna tried to make out the face of the man , whose very presence was beginning to unsettle the rhythm of her heart. Before she knew it , he had inched closer to her . There  was a  momentous silence between them and Anna could hear the fervent  fluttering of her own heart. .

She stood transfixed  in hypnotic fascination , as the man leaned closer . His  intriguing scent consumed her senses . She could feel his warm breath  on her face , sense his excitement at this proximity , and her own lips quivered in nervous excitement . There was something magnetic about his presence , something so stimulating that she didn’t wish to tear away from him . As she felt him cup her face , in his warm ,  hands , a tingling sensation enveloped her ..

In the very next moment , she felt his lips pressed against her own and a surge of euphoria engulfed her whole being… Her mind started racing… She tried to pull away yet she wanted to stay…

Then , all of sudden she heard a women’s voice calling out to her ….’Anna..Anna..’

Anna opened her eyes , unwillingly . Through the half parted eyelids , she could see a hazy form , shouting to her , ‘Anna…for God’s sake…It is my wedding today !’

Anna bolted upright on the bed . Rubbing her eyes , she tried to make sense of everything. For a brief second , she felt lost. But Mel’s  anxious face soon brought her back to the present . The Hen party …the walk in the garden..Alex’s nocturnal tryst , and then the dream… Anna felt her face flush , at the very memory  of it….

Mel’s voice was still booming . ‘Anna..what happened to you.Are you even listening ?’ . Anna turned to look at Mel . Her friend looked perturbed , a crease of worry running across her forehead. ‘Mel..what’s wrong ? I am sorry..I overslept… I..’ , She was about to continue , when Melissa interrupted her and remarked ,  somewhat pensively , ‘Anna..it is the ring ! I forgot to collect Harry’s wedding ring from the jeweler .’

As Anna stared at her aghast , and still a little dazed from her sleep , Mel continued in the same strain , ‘Oh Anna , I had planned to pick it up yesterday after our visit to Adam and Eve’s , but the fake police episode followed by our Hen party…drowned my plans…. I shouldn’t have…’

Anna jumped in to her rescue , ‘Don’t worry dear . There is still some time for the wedding . I will hurry up and collect the ring , while you finish dressing up . In case I am late , I shall meet you at the Church …Would that be fine by you ?  ‘That would be perfect ! Thank you sweetheart ..you are such a life saver !’ , replied Mel , looking relieved and much happier , as she hugged Anna tightly and gave her a peck on the cheek . ‘Alright then , I will hurry up and get dressed ….’ , announced Anna , as she crept put of her bed and rushed towards the washroom .

Anna looked at herself in the mirror , pleased . Adam’s assistant was truly a magician ! The dress fit her perfectly now . She then , adorned her neck with a silver chain , a small diamond pendant hanging from it . ‘Well that completes it..!’ , and then Anna blushed at her own vanity.

She did not remember the last time , she had spent so much effort in getting dressed . But ‘Today is special…It is my best friend’s wedding !’ ,  Anna thought out aloud , though in the deepest corner of her heart she knew  that wasn’t the actual reason . She felt unusually cheerful today…and Mel’s wedding had nothing to do with it….

Was the cupid’s spirit working its magic on her ? …She wasn’t so sure…

Just as she was about to jump into the driver’s seat of her of Red Mercedes , she heard a  deep baritone  behind her and turned.’You need a chauffeur perhaps  ?….’ , inquired Toby , looking Suave in a  Black  Tuxedo . Anna stared at him , unabashedly , while Toby , interrogated , in his characteristic gentlemanly manner , ‘May I be of any service ?…you don’t know yet  darling , but I am a good driver.’

He scrutinized Anna , with a twinkle in his eyes , and then , as if gathering courage from her expression  , went on , ‘You shall be safe in my hands , princess !‘  Anna’s cheeks changed a color of crimson ,  as she stared at Toby ,  his robust figure , now accentuated by the  creases on the tuxedo .

And as if that wasn’t enough ,   Tobias ,  smiled  an electrifying  smile ,  that revealed his dimples , making Anna weak in her knees  .  After a moment’s pause , she spoke, with a hint of flirtation , ‘Alright then , go on , please me….’ .

Soon , the Red Mercedes  vroomed past  Alex , who was standing on the porch of the  huge mansion , peering in the direction of the car , his fists clenched in a  suppressed  feeling of anger and betrayal.

Will cupid do its job of uniting Anna with her lover ..? Was it the charismatic Toby or the attractive Alex..? Will Anna be able to reach the wedding venue , on time ? Will this one hour  before Melissa’s wedding change  Anna’s life for ever ?

Until I read, I cannot learn

Until I learn , I cannot earn

the wisdom , for which I forever yearn

Until I earn , I cannot return

to the world ,when it is my turn

Until I return , I cannot spurn

Until I spurn , I cannot let burn

the torch to inaugurate my passion

to use my words and ideas to churn

my  own space called ‘Pen’lightenment !

Words fail to escape me

as I feel  your warm gaze

pierce through my soul

it has never before …

that  melts under the ardor

of the glistening  morning sun

to  evaporate into the void

and yet be alive

in all your heart beats………

This picture has been shot by my better half on 1600mm Telephoto lens , which was of course borrowed 😀

The stars sneer in envy ,

at the passionate affair

between the Silver Orb

and the Celestial Sphere ,

in a sensual embrace

till the first blush of dawn……..

Wow…when I read the topic for  Daily Post Weekly Photo Challenge , I was very excited.. Though I am a new bee blogger , It is a long cherished dream to write a book…(not that I have written one yet ! ). I have been trying my hand at writing short stories , but I don’t know if I would ever have the patience and perseverance required to write a book .

But if I were to write a book in the future , it would probably be a fiction genre , involving elements of Passion , Mystery and Romance.…

So , here is my response to the photo challenge , the cover page of a Book I might decide to write and publish in the future…I have edited the picture using pic monkey as suggested in the challenge and to add an element of fun , I have also given it the name I would probably give my book …

This picture was taken , a few years back in the Andaman and Nicobar Islands….I hope you like it !!! 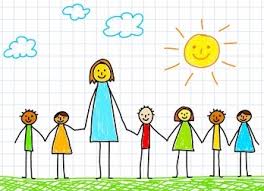 When I was  in school , I had a few favourite teachers ( just like any other school going kid ! ) and a few ‘ nightmarish’ ones too.  Even to this day , I remember  those few good teachers ,who have in some way or the other contributed to the kind of person I am today…And whenever I think of them , I do so with a lot of love and affection….

That is when I began to ponder over those qualities that make these teachers stand apart from the rest in the crowd…; what was it that made them so unique ,that their students ( me and many others like me ! ) still feel attached to them..

A little more thinking brought   to me  the answers …and when I became a teacher myself I did try ,to inculcate those qualities in myself too , though whether I succeeded in my endeavour , is for my students to answer… !

Based on my experience as a student  , and later as a teacher , I have concluded that a good teacher should possess the following qualities : 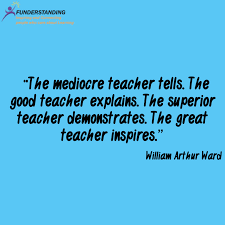 You will know you are an ‘AWESOME’  teacher if :