Until I read, I cannot learn

Until I learn , I cannot earn

the wisdom , for which I forever yearn

Until I earn , I cannot return

to the world ,when it is my turn

Until I return , I cannot spurn

Until I spurn , I cannot let burn

the torch to inaugurate my passion

to use my words and ideas to churn

my  own space called ‘Pen’lightenment !

Alright so this is in response to the Handwriting challenge by Jithin of PhoTrablogger .

Well we do live today in a world where the traditional handwriting has taken a backseat in favor of the typed Alphabet . But I have always been a conservative , when it comes to writing .

Although ,a few  of my poems have never seen a paper before they got published here on my blog , most of them have ! In fact all my short stories have been given birth by my loyal pen and have found their way in my diary …. ‘Penning down’ , is an important thing for me to express my thoughts and feelings ..

Whenever I write a story , I go with the flow of my thoughts..sometimes I have had to tear away pages of my diary if the work hasn’t been up to my satisfaction and sometimes they are filled with lots of scribbles , strikes and scribbles …And apart from the first few lines of my short story , the rest of it is one dirty mess …

So here is a picture I thought of finally putting up in response to this challenge , a page from my diary and the beginning of my new short story…although the final version may still end up with alterations. The story is still in the process of being written…But this can be a ‘Teaser’ of sorts ! (so much for my self promotion 😛 ) :

So when was the last time you wrote down something on paper …?

500 years from now, an archaeologist accidentally stumbles on the ruins of your home, long buried underground. What will she learn about early-21st-century humans by going through (what remains of) your stuff? 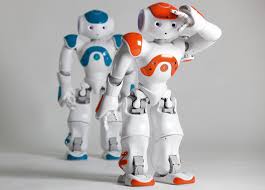 It is ‘Day six’ ..My SUPER-ROBOTS have been digging up this site for some time now….And now ,finally , my prayers have been answered… From the rubbles , we have come across the remnants of a house…The house seems to have stood here about 500 years ago……

Oh ! yes it is a ‘broom‘ …I have read about in History books…these things were used in by people many centuries back to clean their house and surroundings !!! Can’t imagine using one now…what would our CLEANING-SPECIFIC robots do then…!!

I click a picture and feed it to    my ‘ Tablet watch’...and it comes out with the result:

This is the image of a Compact disc (CD)  It is a digital optical disc data storage format. The format was originally developed to store and play only sound recordings (CD-DA), but was later adapted for storage of data (CD-ROM) by people on earth in the 21st century . 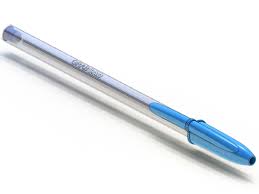 Then I discover a long slim cylindrical substance  with pointed tip, and a lid ( which I was to learn later, as a ‘ pen ‘ that was used by ancient people to write and convey their feeling,opinions,calculations and so on ! They are ‘extinct‘ now …Today there is no concept of   ‘manual writing‘…

After a little more excavation ,we discover stacks of  printed works consisting of pages glued together along one side and bound in covers. On further research , I learnt about these ‘things’ . They were ,what these early people called  ‘BOOKS‘. It seemed , they read stories ,articles etc through these ‘scriptures’.

Today ,we cannot fathom ,reading from such heavy , and inconvenient ‘ Books’…

Going through these excavated items ,all I can say is that I cannot began to imagine ,how people survived , 500 hundred years ago without any ‘ROBOTS’  and ‘ microchips’ and how did they carry around these cumbersome objects called ‘books’ ! They definitely seemed to have been a weird race for sure !!!